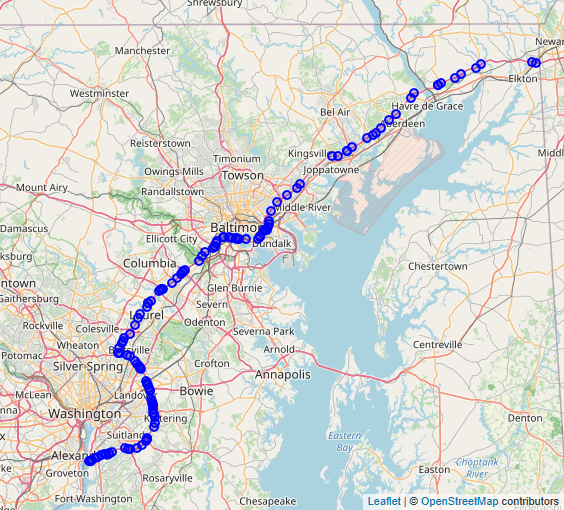 Interstate 95 (I-95) in Maryland is a major highway that runs 109.01 miles (175.43 km) diagonally from southwest to northeast, entering from the District of Columbia and Virginia at the Woodrow Wilson Bridge, to Maryland's border with Delaware. It is also the longest interstate highway within Maryland. The route is one of the most traveled Interstate Highways in Maryland, especially between Baltimore and Washington, D.C., despite alternate routes along the corridor, such as the Baltimore–Washington Parkway, U.S. Route 1 (US 1), and US 29. Portions of the highway, including the Fort McHenry Tunnel and the Millard E. Tydings Memorial Bridge, are tolled.

Between the Baltimore city line and the Delaware state line, I-95 is known as the John F. Kennedy Memorial Highway (formerly the Northeast Expressway but was later renamed after President John F. Kennedy in 1964), which parallels US 40.